Read everything here about the Milos Dynasty

Milos was a special bird in every way. He raced very well, also on the shorter races he was almost always the first in the loft. His greatest achievement was a 1st NPO Montauban against 1,862 pigeons, the special thing about this was that he was the only pigeon from North Holland that arrived in the evening (at 10.28 pm). It was on one of the shortest distances, but more pigeons were stationed there that had a chance.

Milos was responsible for a large part of all our successes and in many other lofts. For example, Milos has produced 3 generations of international ace pigeons in his own loft. All 3 of these pigeons are hens in 3 successive generations. Many children, grandchildren and great-grandchildren are leading (inter)nationally.

In the night of April 9 2022, peacefully on his nest, our Milos passed away. He was twenty years and two months old. A very respectable age for a pigeon. He has meant a lot to us. “The old boss” buddy Peter always called him. 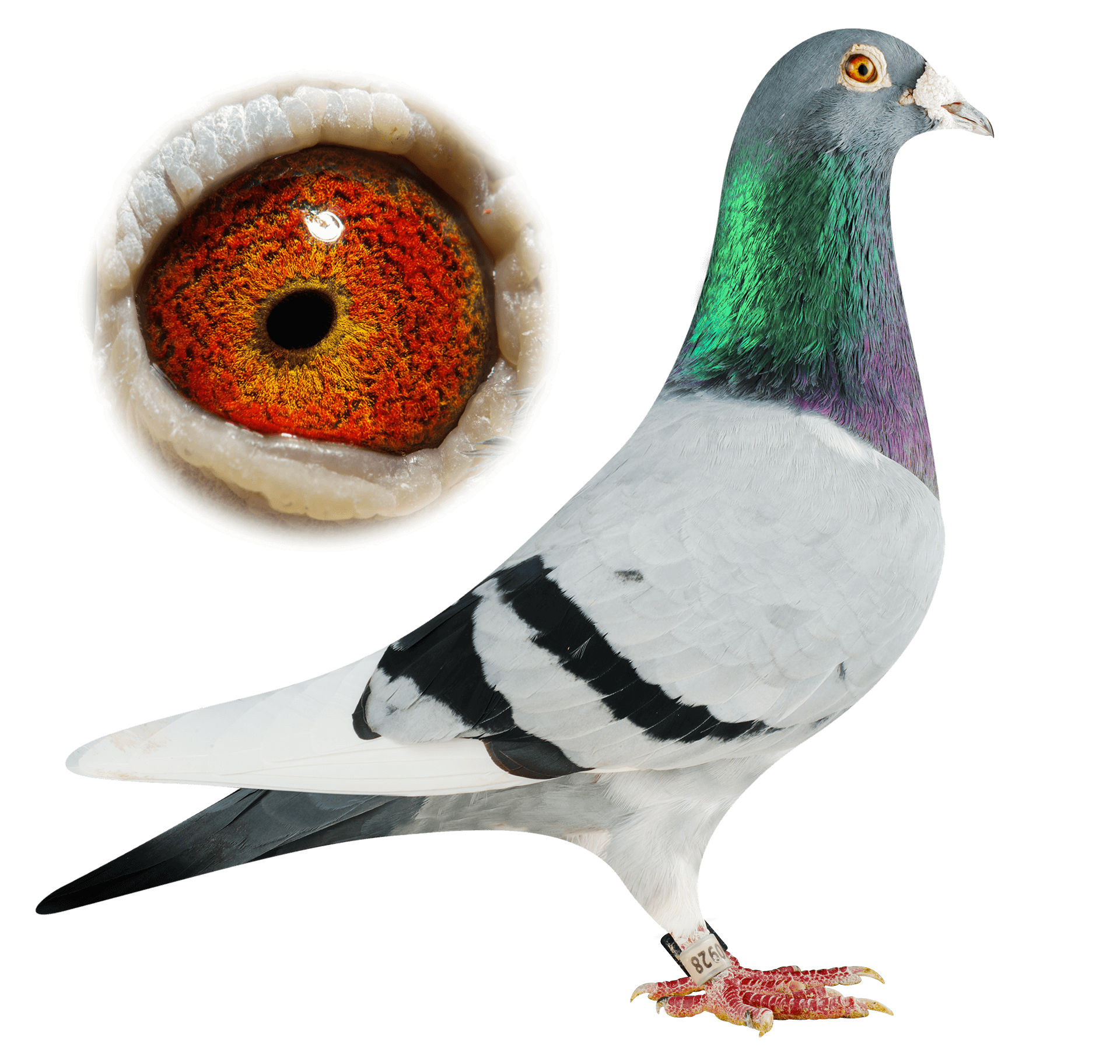 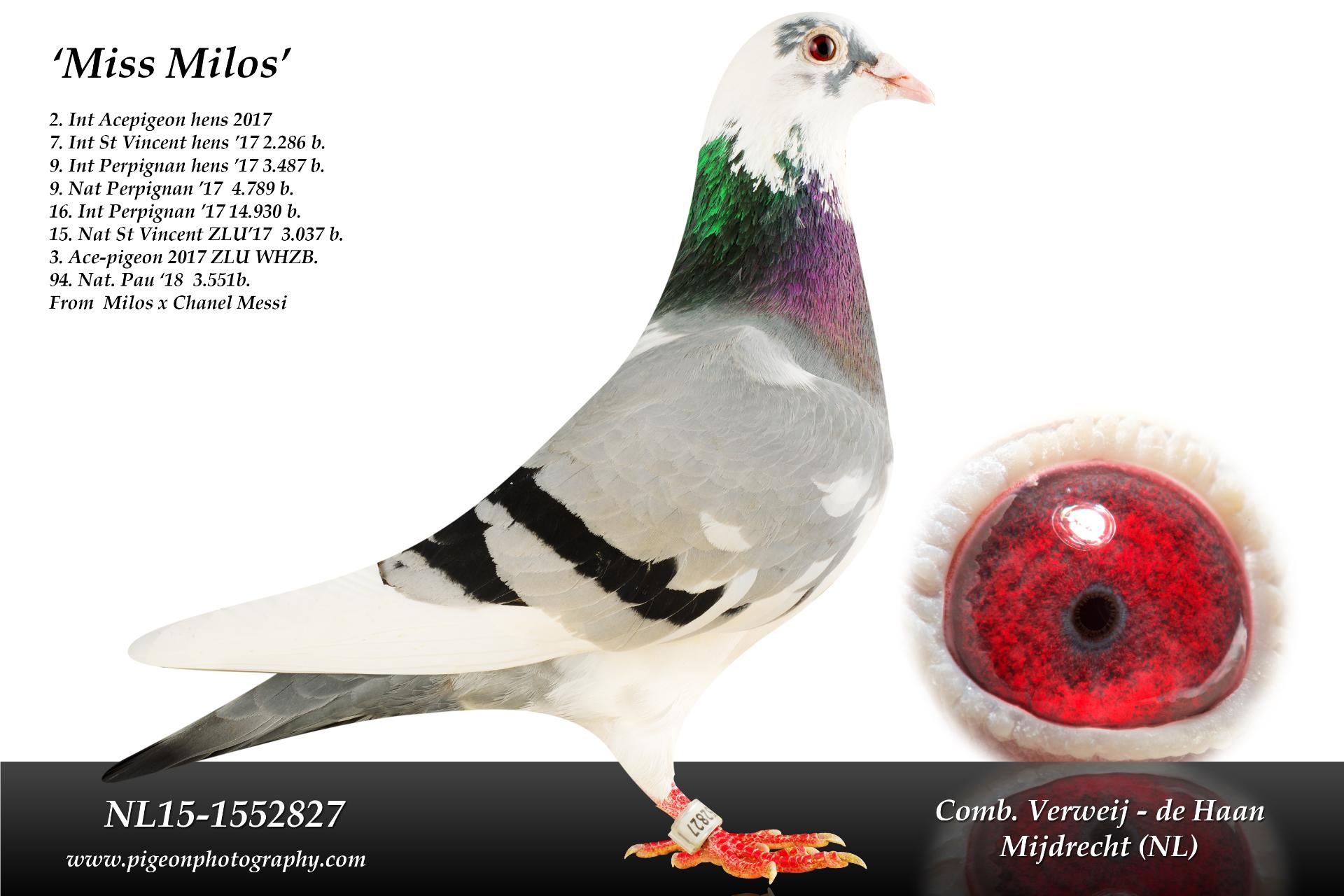 Miss Milos is a daughter of Milos x Chanel Messi. Before Miss Milos showed her class as a breeder, she had already delivered a number of impressive performances in the marathon races. You can see the best of these below:

As mentioned, Miss Milos also proves her worth as a breeding hen and is, among others, the mother of Milo, Lady Milos I and Lady Milos II 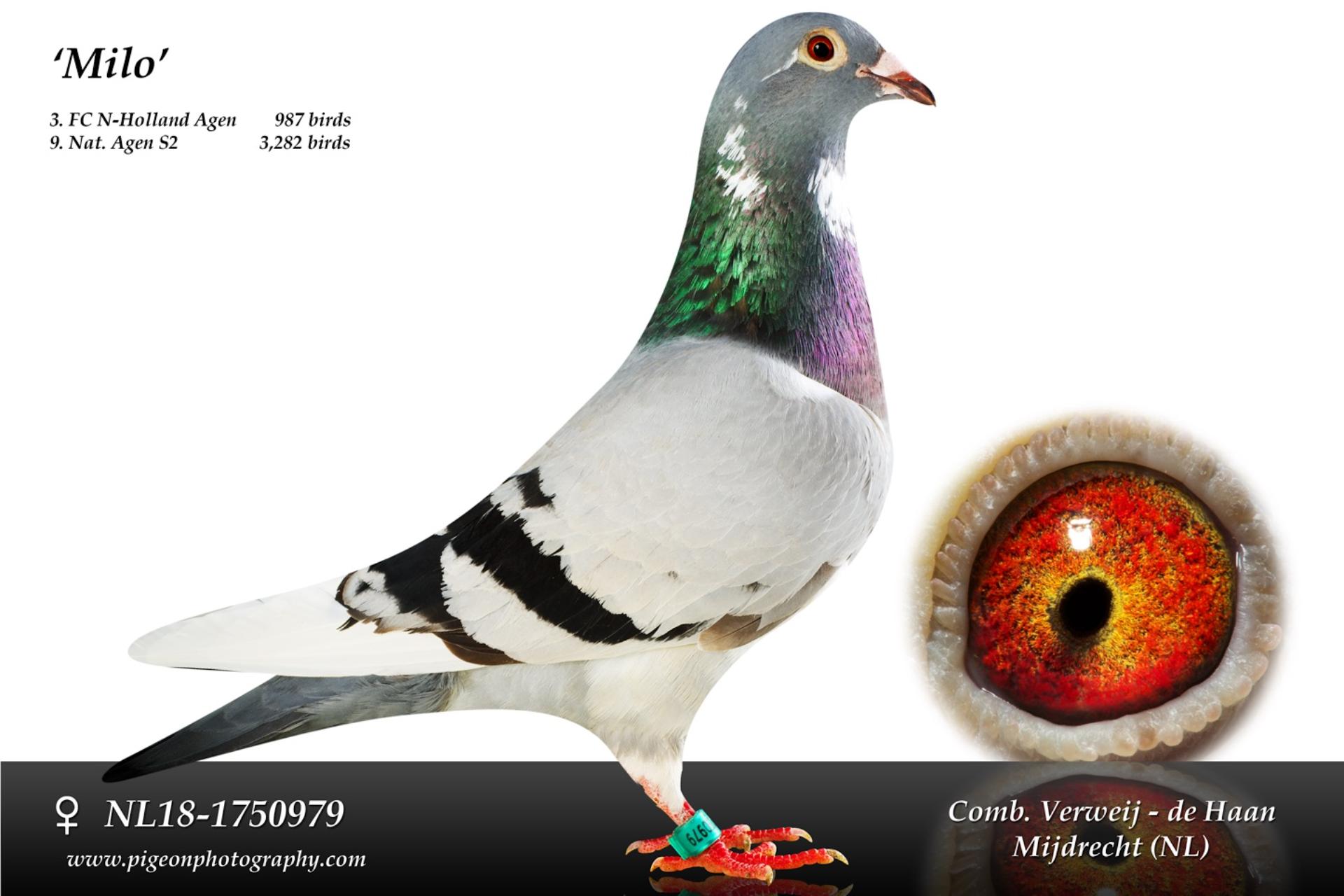 The promising hen shown above, and daughter of Miss Milos, was only raced once in 2019 as a yearling in the marathon races. At Agen she immediately took the absolute lead with a 9th National. In 2020 she was injured and could not be played. In 2021, however, she picked up the thread again and won a nice prize at National Barcelona. 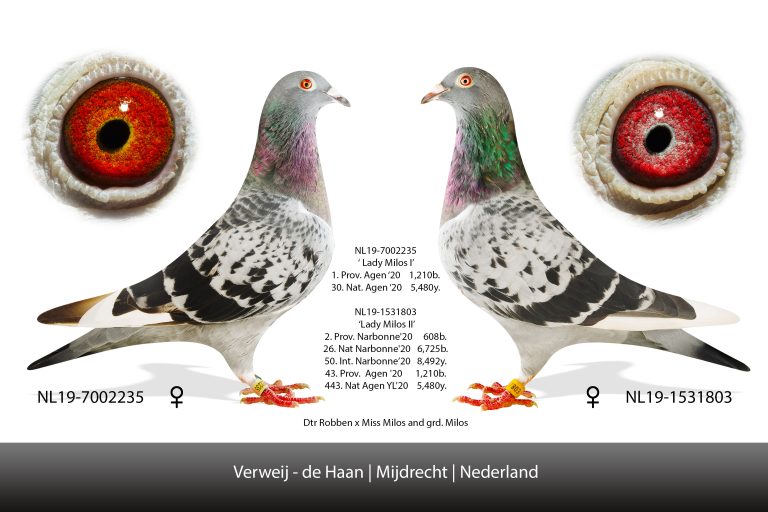 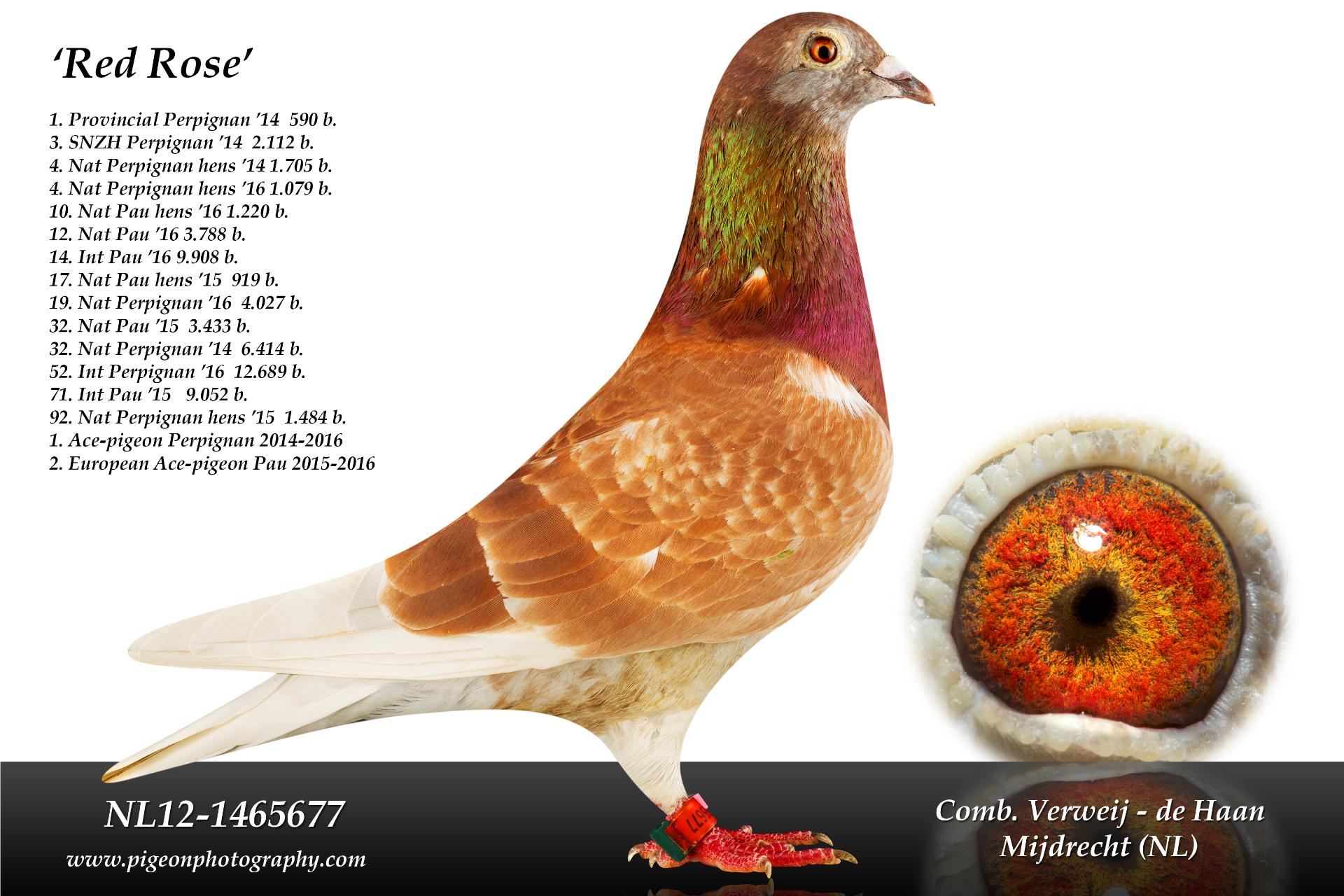 As a granddaughter of Milos x Olympic Heintje, Red Rose has been a very important pigeon in the lofts of Michel and Peter for years. She was crowned 1st Ace Pigeon Perpignan ZLU 2014-2016, 2nd Int. Ace Pigeon Pau 2015-2016 and 3rd European Ace Hen Int. flights 2016. 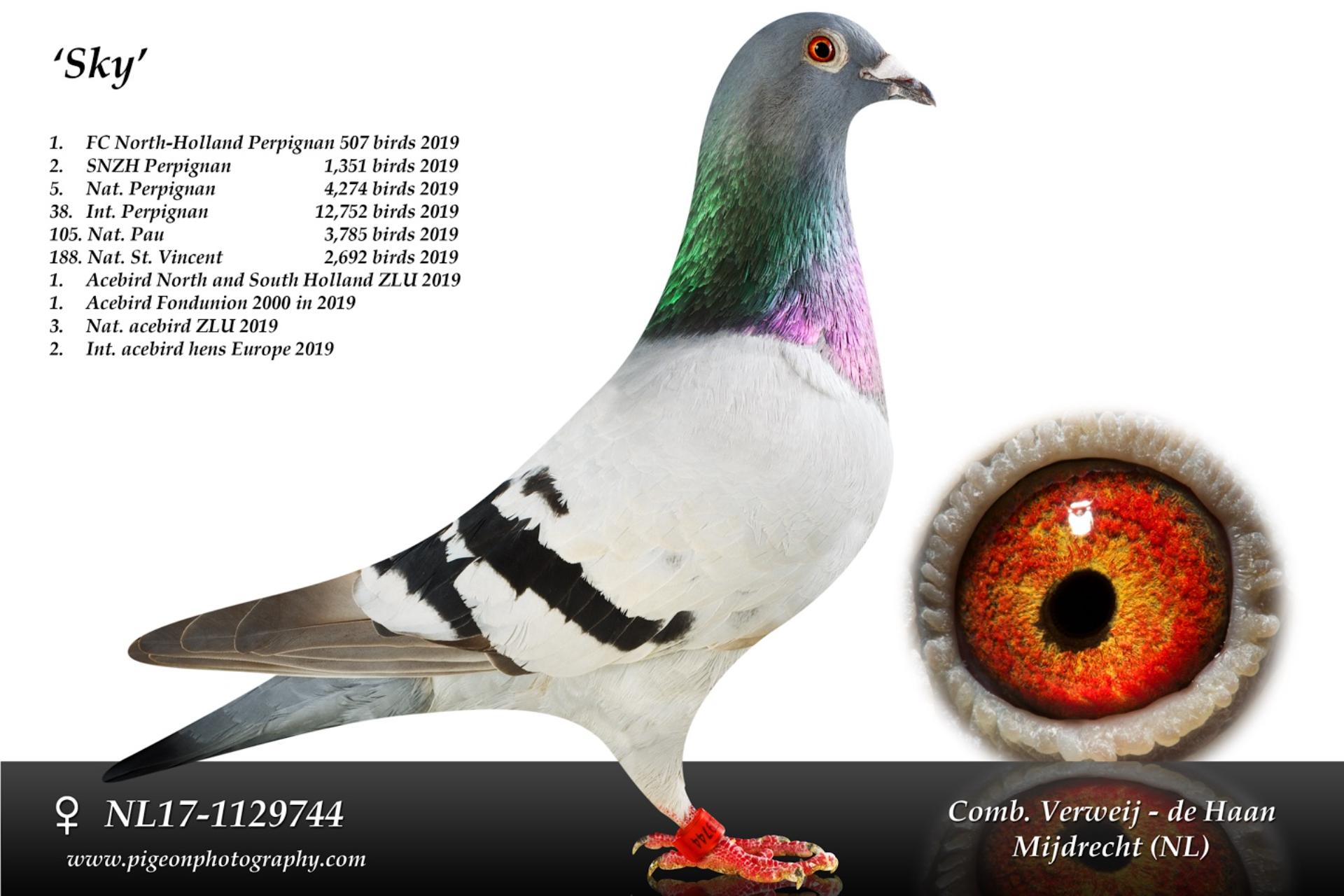 Also a great-granddaughter of Milos (and also of super breeder Red Rose), Sky has completed an impressive list of honors. In 2019, as a 3-year-old, she was raced 3 times on flights above 1050 km with the following results:

With the above results she won the following ace pigeon titles:

Send us a message!